A dramatic quarter-finals day in Nottingham saw the Girls top four seeds win through to two USA v England semi-finals, while upsets in the Boys matches mean that three Englishmen are joined by a Malaysian in the last four.

Hassan does it again ! 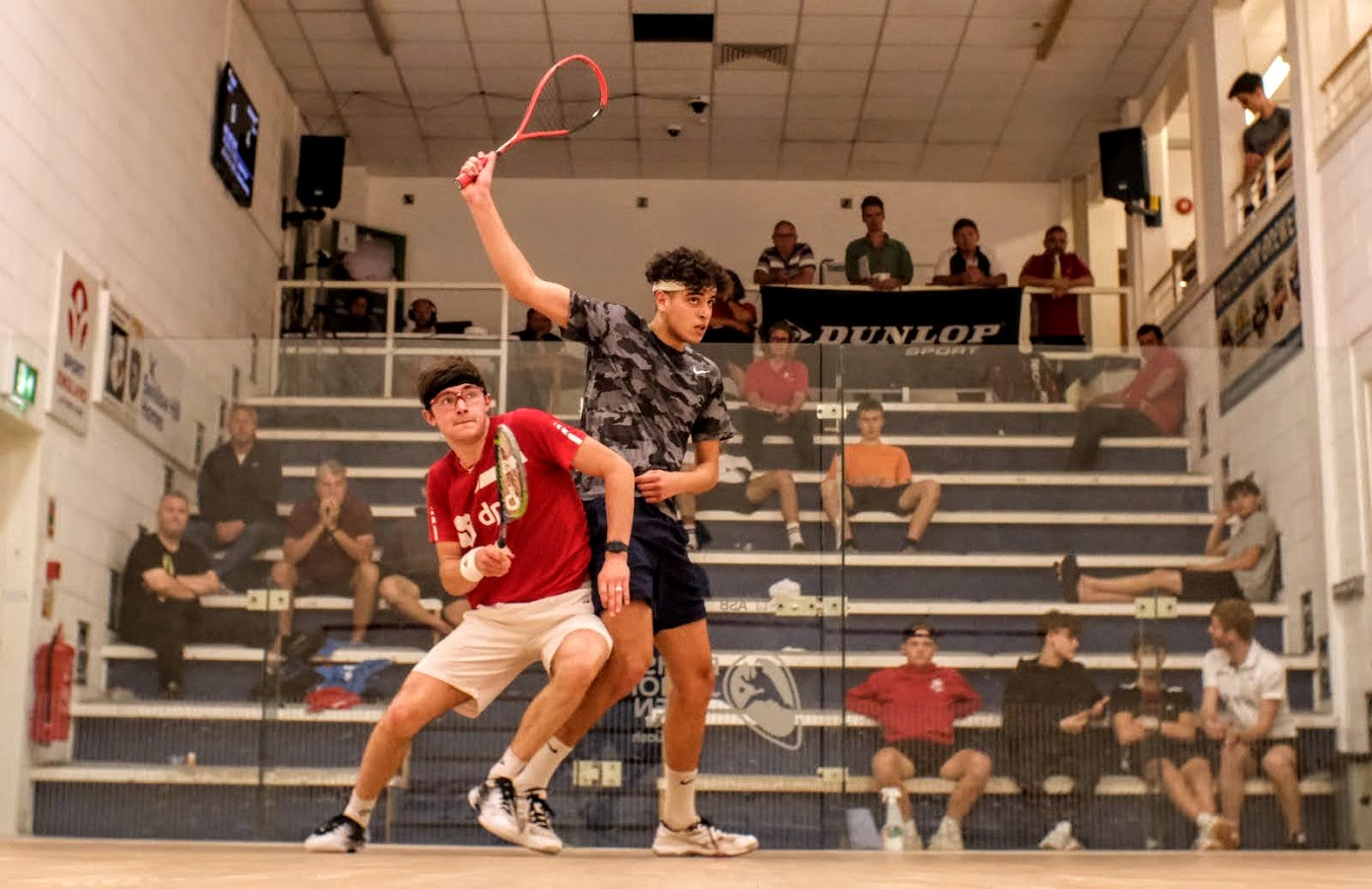 Hassan powered through the first and held on as Rowan responded in the second to go two up. 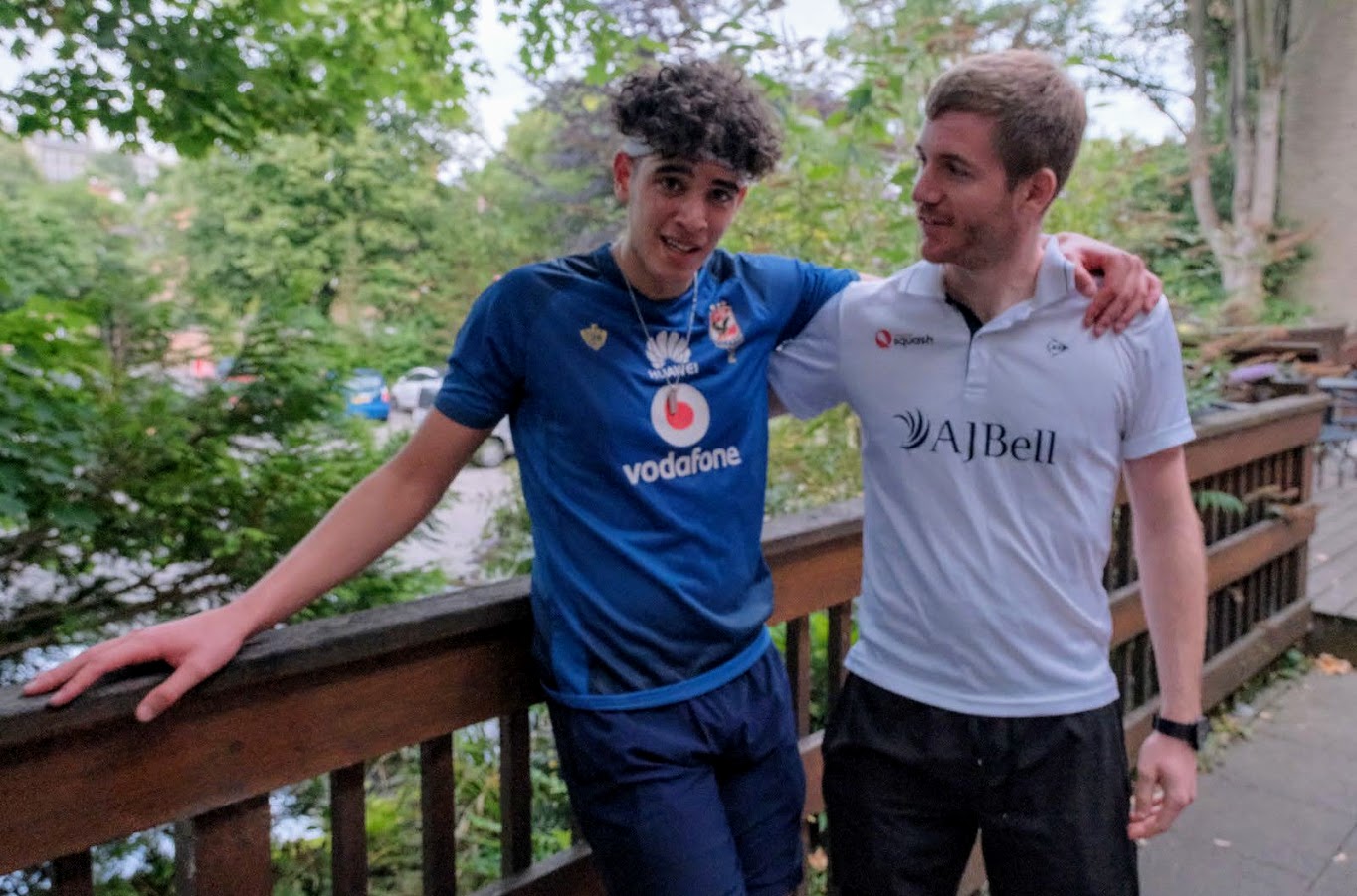 “This would have been my last junior match, and at 9-3 in the fifth I said just let your hand go, if it goes down it goes down, but they went in! My coaches told me to believe in myself, and I’m in the semis!”

Torrie takes it in three 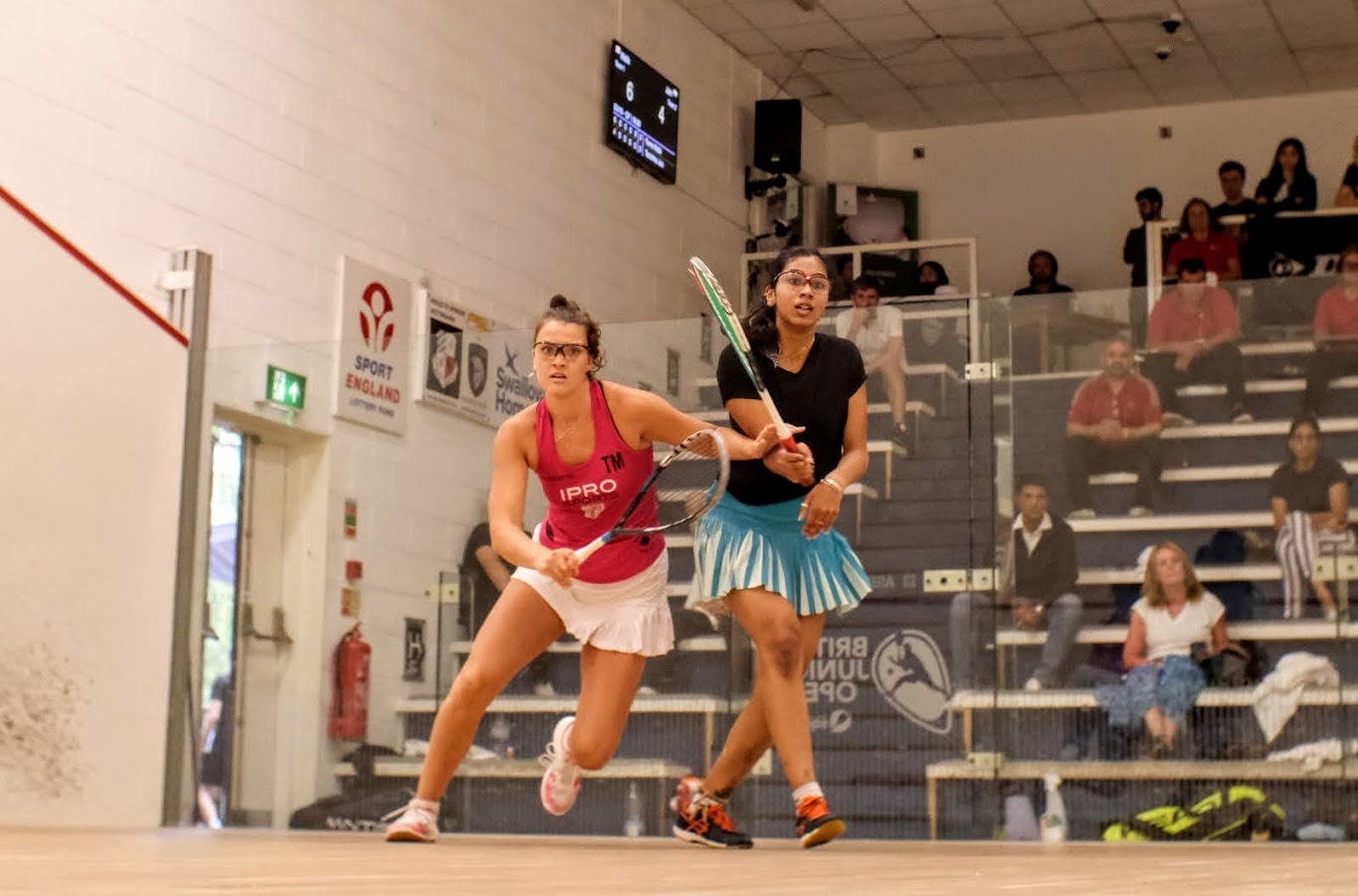 “It was a bit of a hack fest, not my best squash at times, but I’m happy to get through in three, and really looking forward to my second BJO semi tomorrow!” 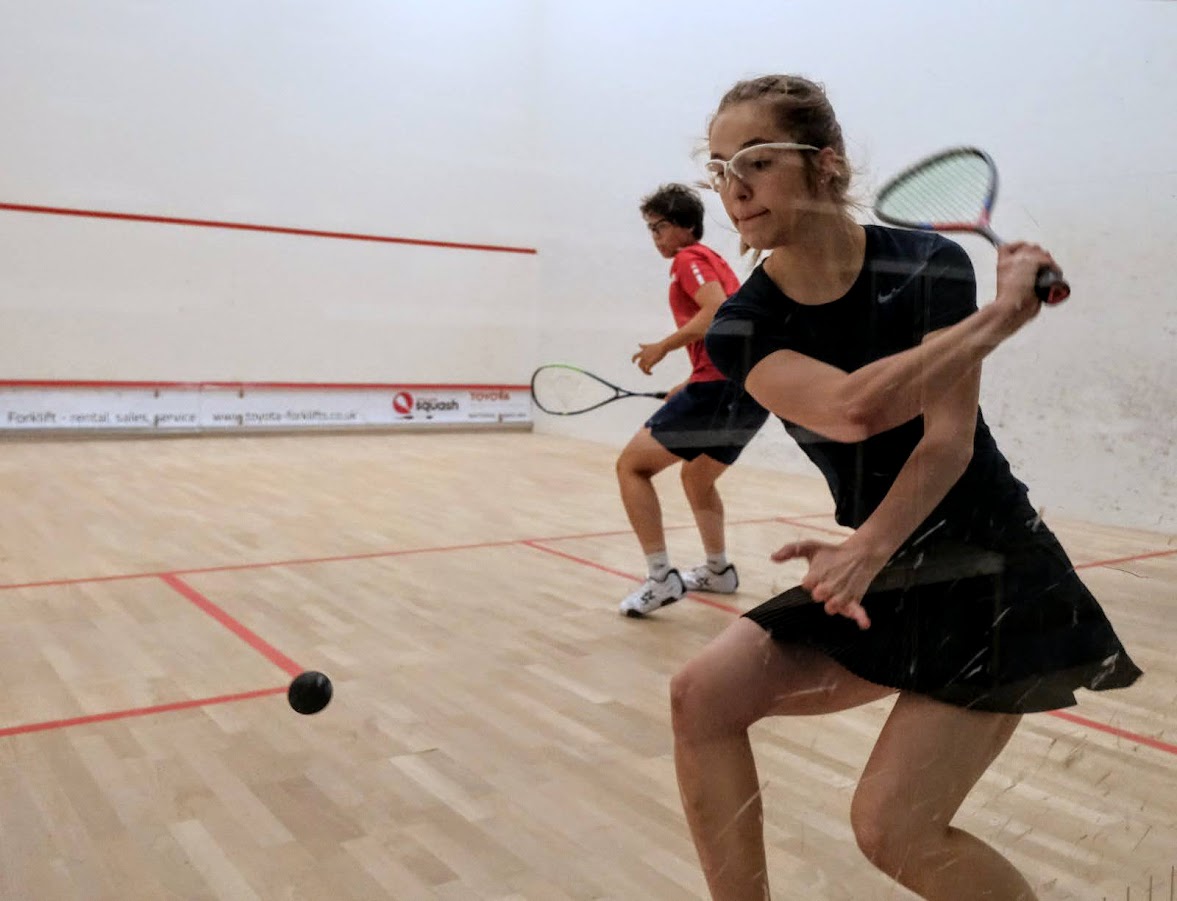 After finding the tin too often in the opening stages of her match against Netherland’s Naomi Nohar, second seed Lucy Stefanoni edged the first game then took the next game with more to spare, winning 12-10, 11-6, 11-5  in 25 minutes.

Lucie will be looking to emulate big sister Marina, who made three finals (but not the U19). 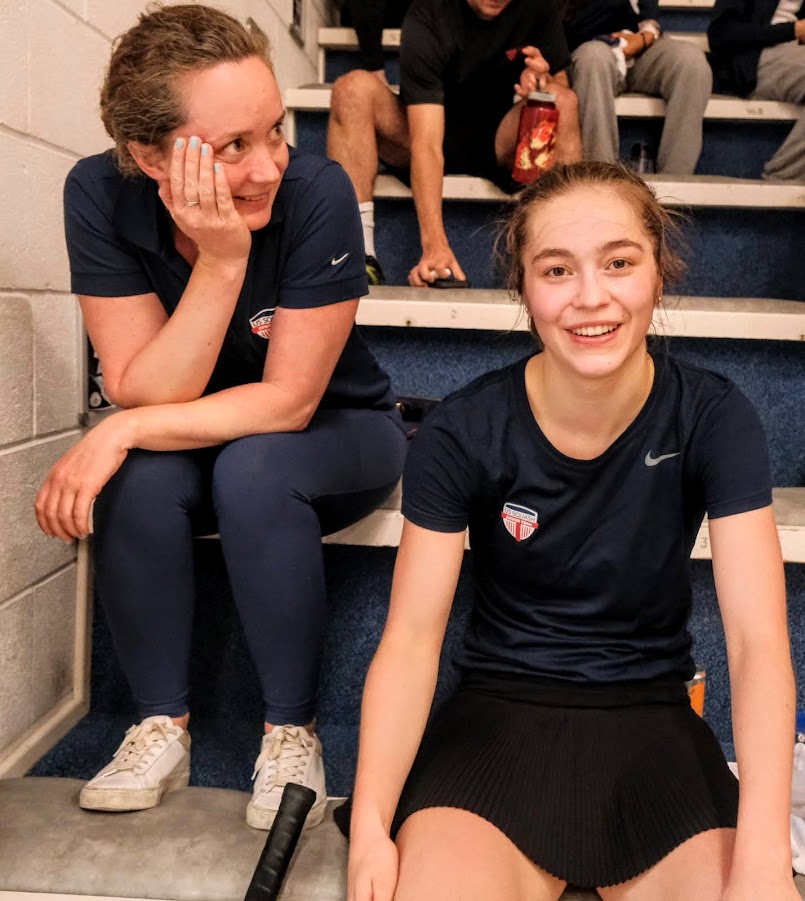 “It’s nice to see all the work we’ve been doing on my shots paying off, I’m an accuracy player and that was working well in the end today – and I didn’t serve out once!” 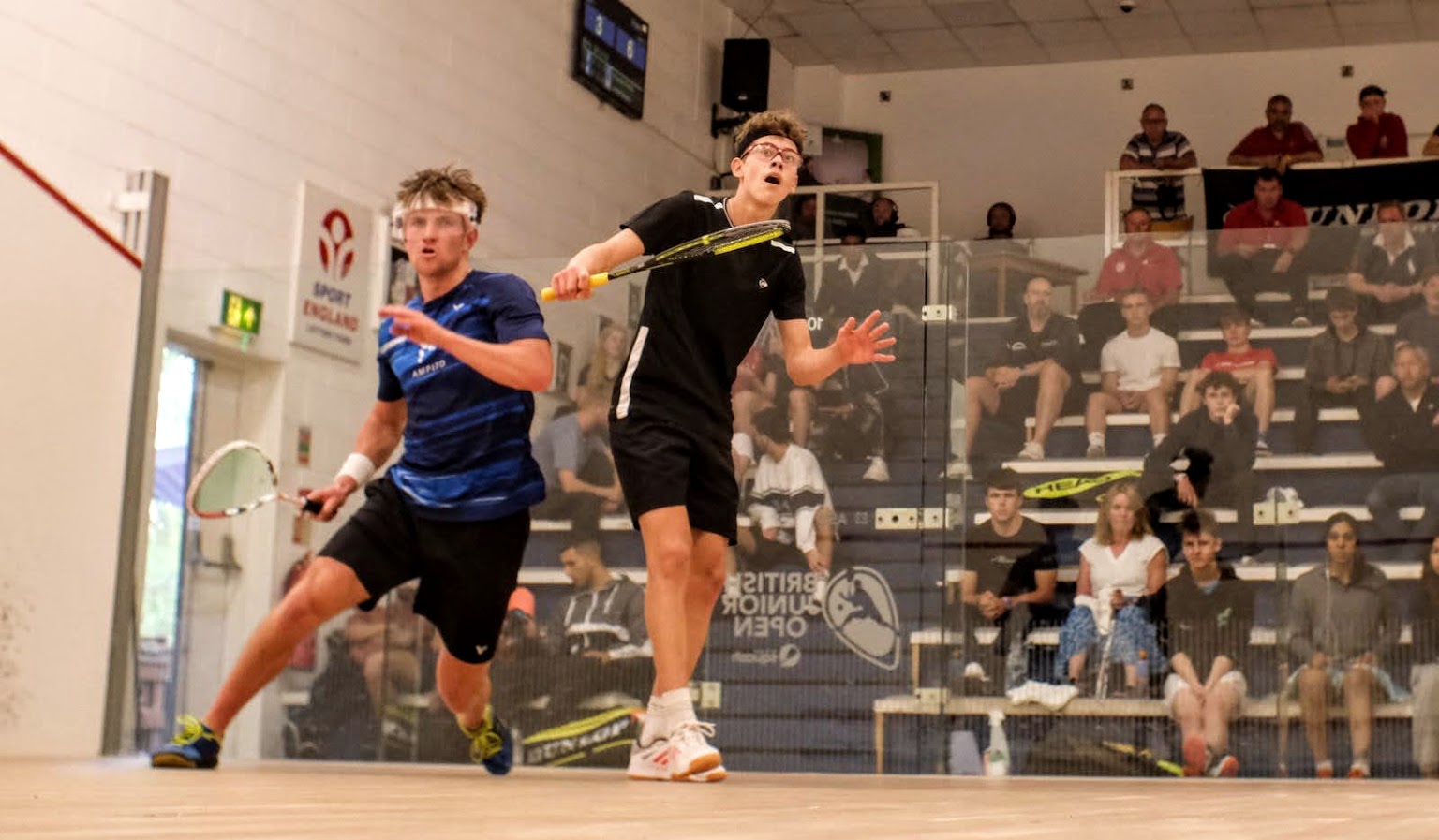 In the only all-England match of the day, 5/8 seed Franklyn Smith started brilliantly against 3/4 seed Jonah Bryant, well on top in the first which he took 11-5. 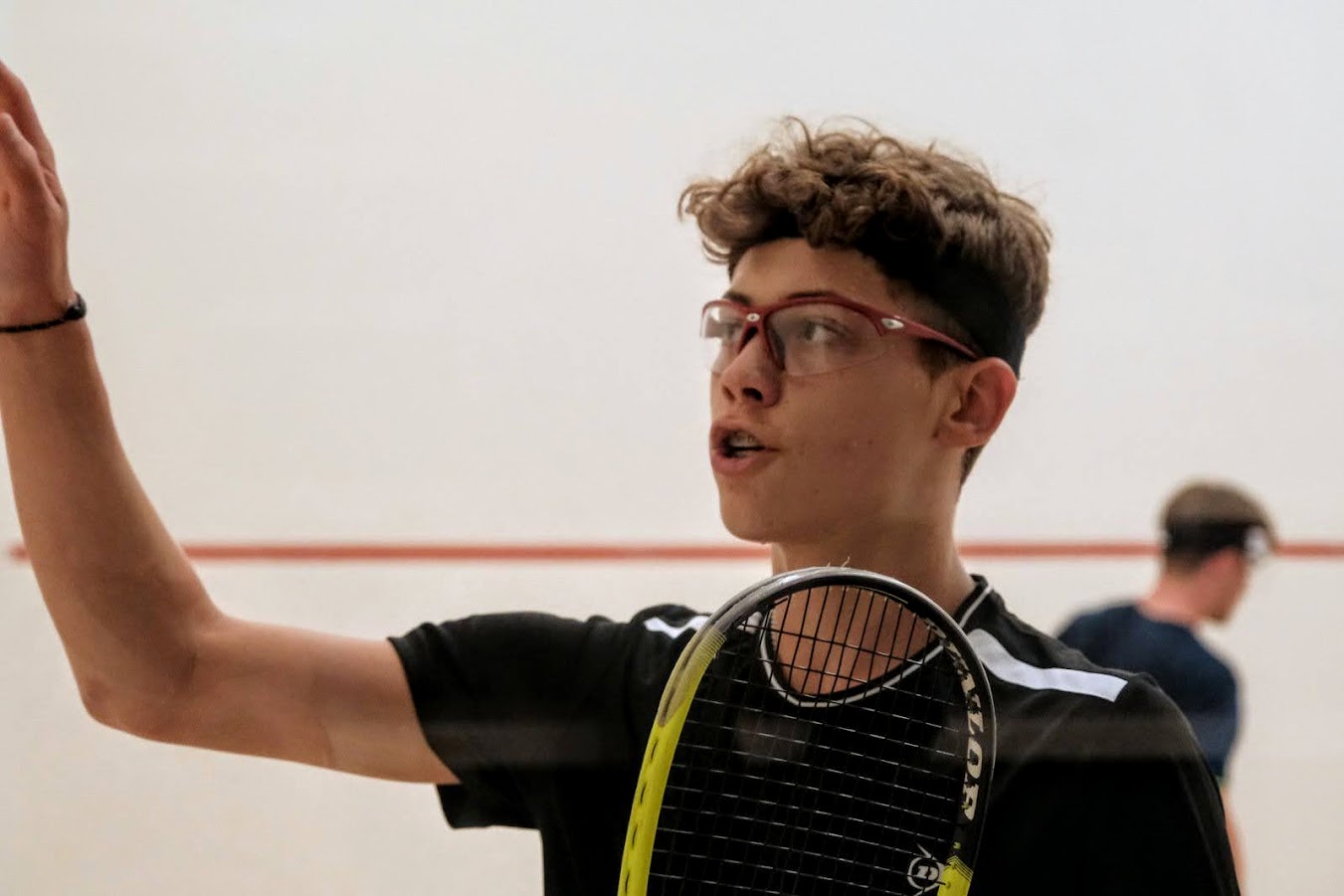 “It was a bit of he played well and I didn’t in the first, but I managed to pull my game together and in the next three I was finding my lengths well.

“Very happy to be in the semis, it will be tough against Sam but I’ll give it my best.”

Top seed Caroline Fouts was the first player to reach the semi-finals as the American top seed beat compatriot Madison Ho in straight games. After Fouts took the opening two games with something to spare, the third developed into a real tussle with the top seed emerging the 11-3, 11-5, 11-9 winner in 30 minutes.

“It’s always difficult playing an American, but Madison and I are good friends so I knew it would be a good, fair match.

“I just had to stick in and grind it out!” 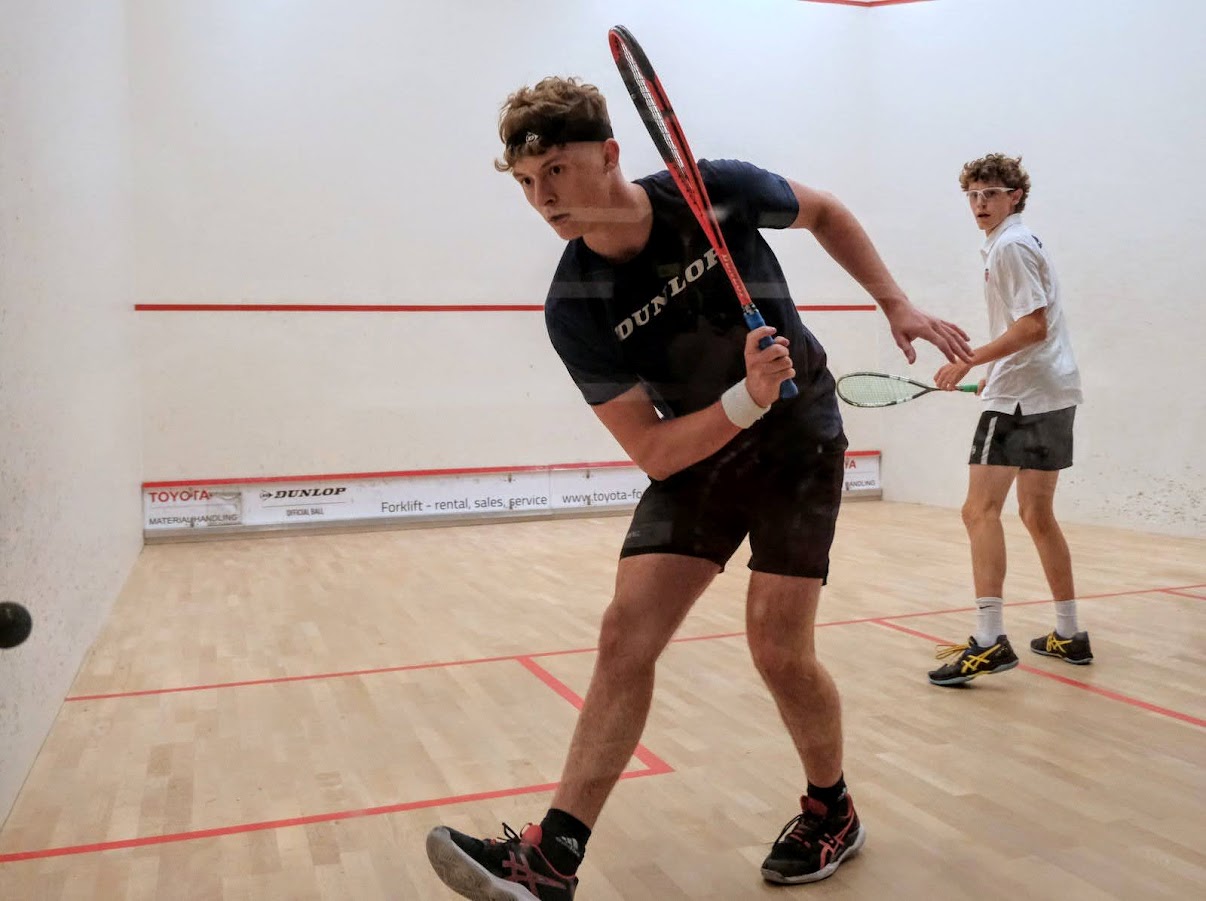 USA’s Hollis Robertson had looked in great form in the previous rounds, but there was nothing he could do against top seed Sam Todd today.

The Englishman – looking to complete the full set of BJO titles – was on top throughout the 25 minute match, winning 11-3, 11-4, 11-4 and finishing it off with a stunning crosscourt nick.

“I felt I played well today, better than the earlier rounds, I was finding my lengths better.

“It’s important to be able to build up during a tournament to play better each round so hopefully there’s more to come.” 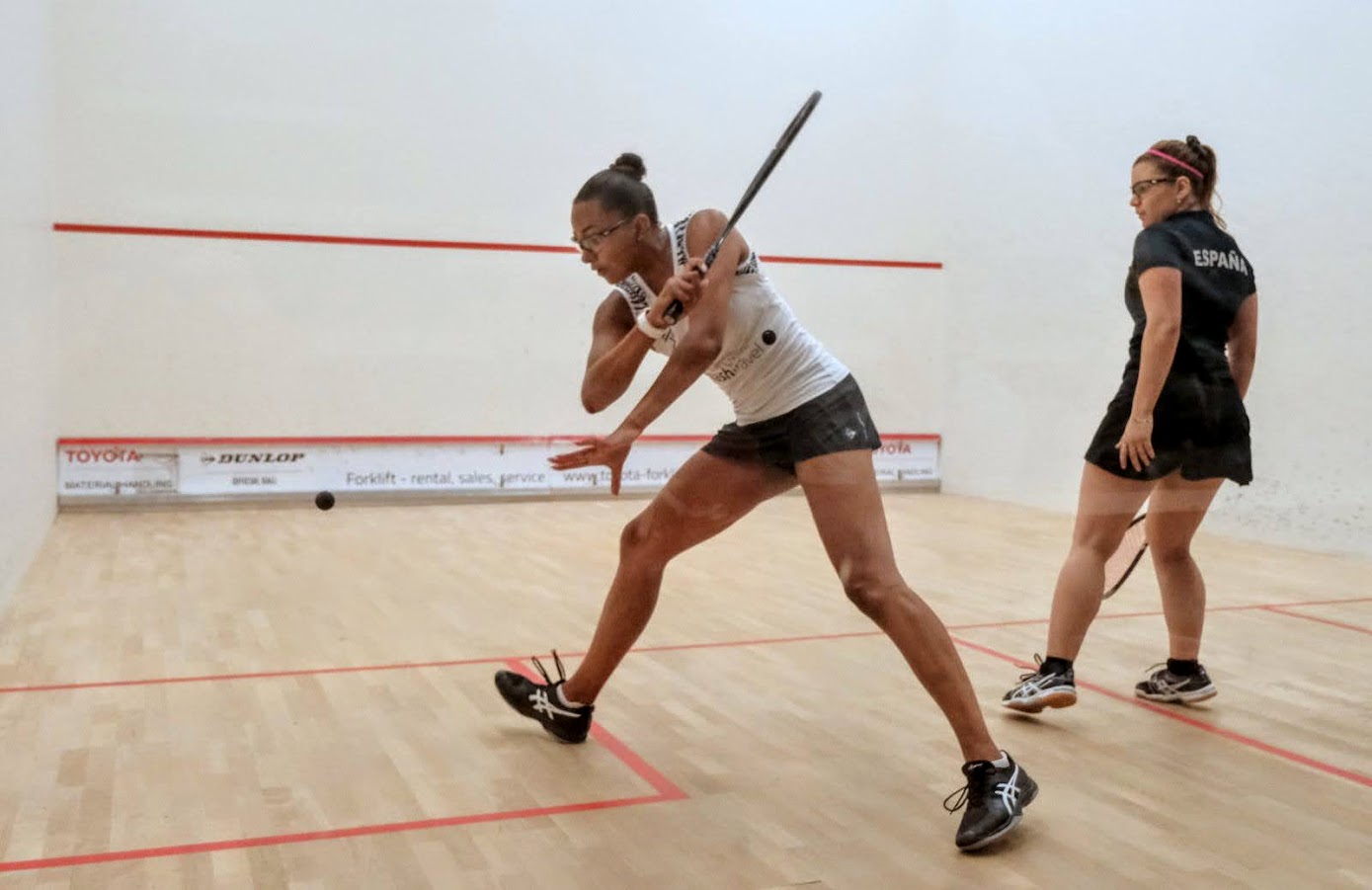 3/4 seed Asia Harris was given a real scare by Spain’s Noa Romero, eventually squeezing home in five and describing the match as a “shambles”.

“I knew it was going to be a tough match, I’m just happy I was able to stick in and get through it.

“Looking forward to the semis now.” 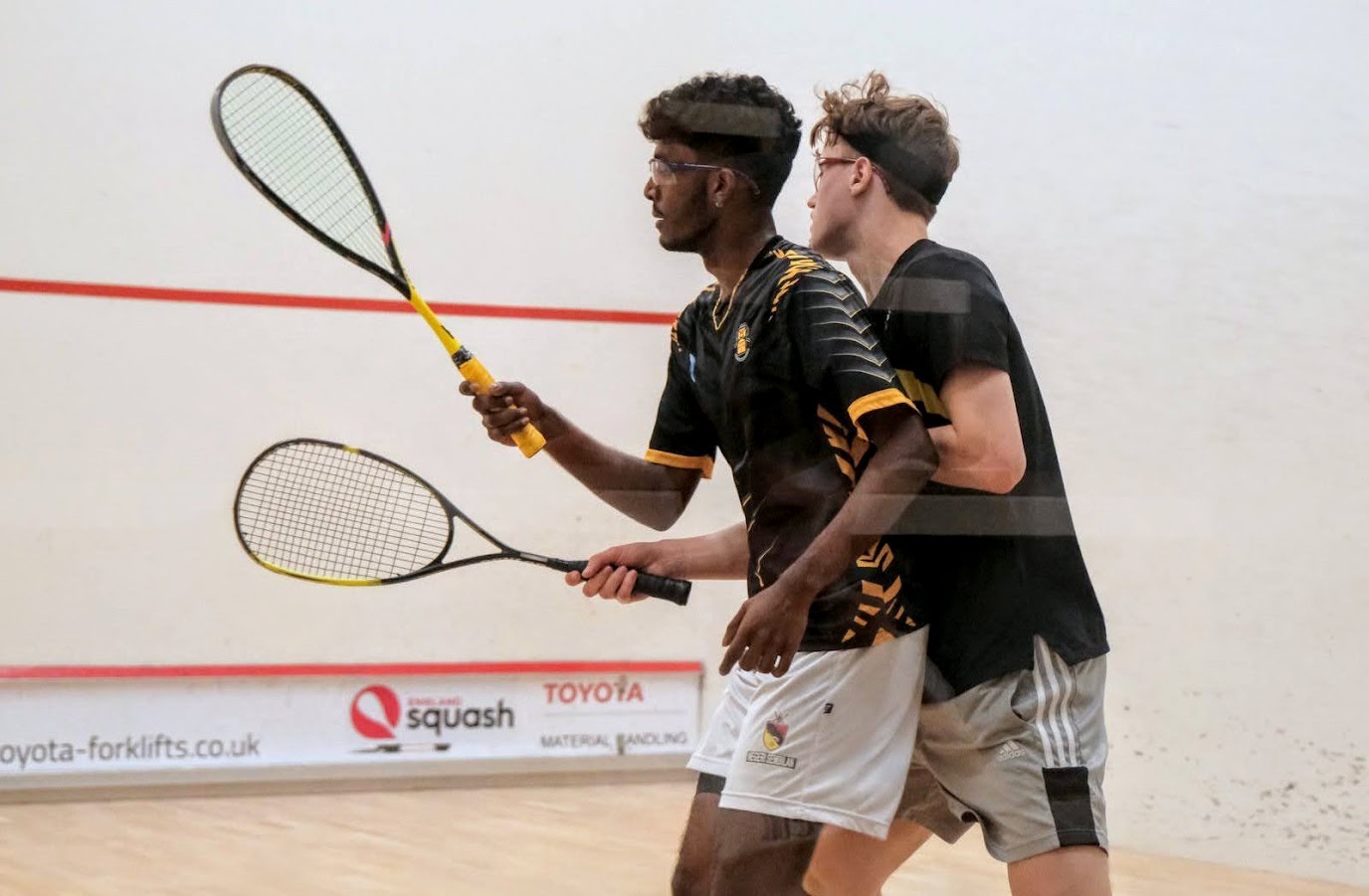 The Malaysian was in total control in the first, and while Sam improved in the second he coulodn’t stop Ameeshenraj doubling his advantage. Sam took a 6-2 lead in the third, but Ameeshenraj fought back to earn two match balls at 10-8. Those were saved, but at the third attempt the upset was completed 11-3, 11-7, 12-10 in 36 minutes. 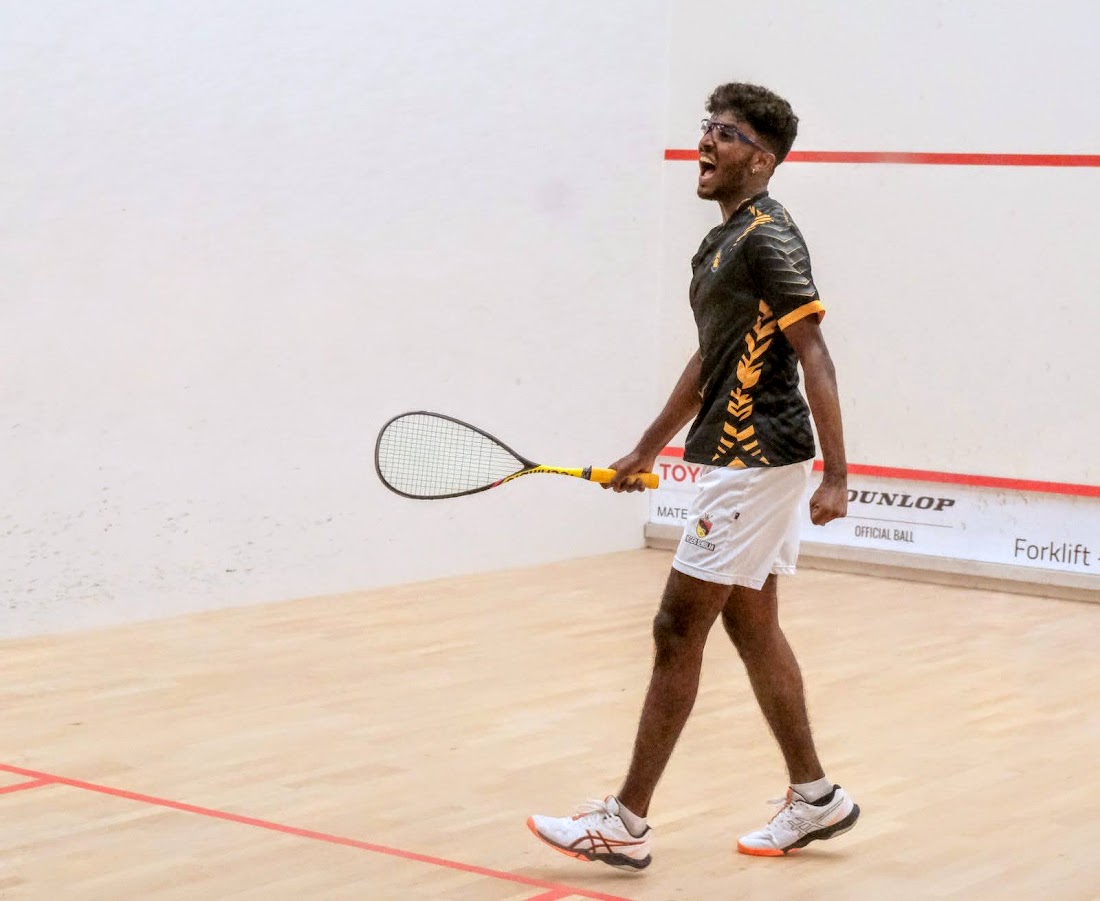 “I’d never beaten Sam before so I was nervous going in but still had faith I could win.

“I knew he was going to throw everything at me so I just threw it all back!

“Really happy to get through in 3, if it had gone to 4 anything could have happened.”

Mini-Gallery :  many more in the main gallery…