Malik, who had beaten the second seed in the semis, was dominant in the opening two games, but a fightback towards the end of the second by Fouts was a precursor of what was to come.

I’m so over the moon that I’m British Junior Open Champion. First ever one for the most prestigious event for juniors. I couldn’t be happier.

All credit to my opponent Caroline.. Great match! Here’s to a more title in January for my last BJO 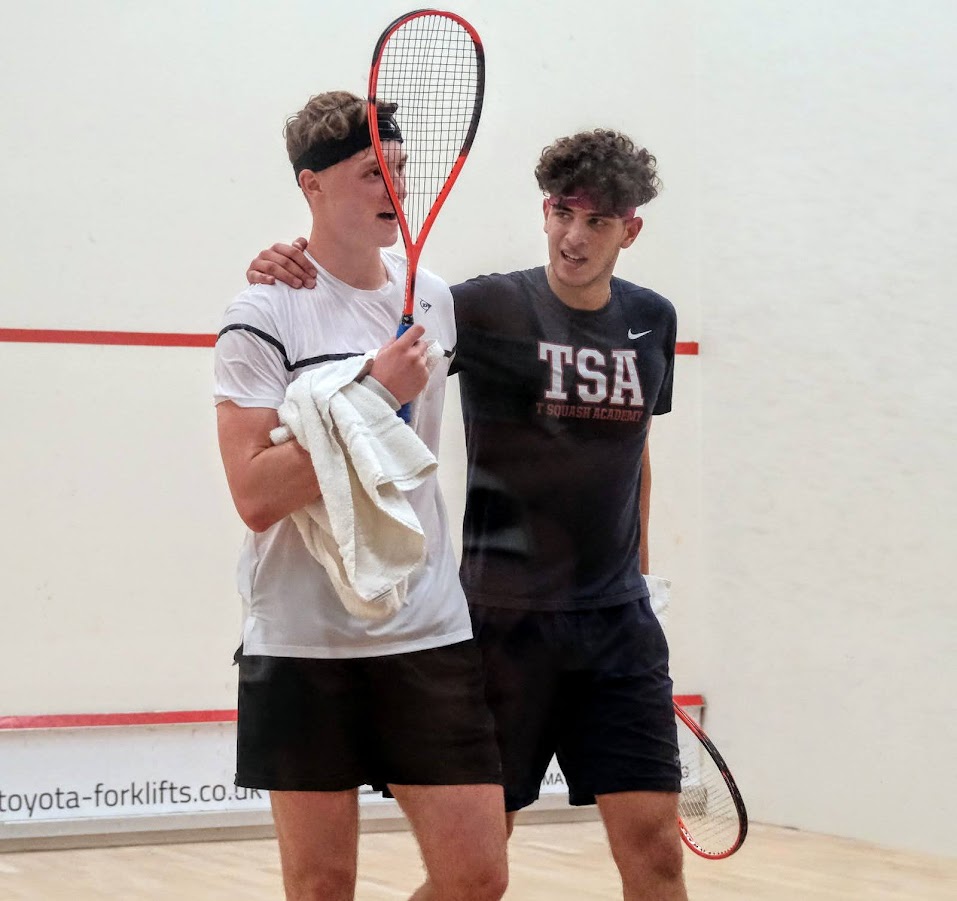 Sam Todd was a heavy favourite coming into the event, and was up against 5/8 seed Hassan Khalil in the title decider, who had come through three successive five game late night thrillers to reach the final.

When Sam took a 7-0 lead it looked as though Hassan’s time was up, but not a bit of it – he fought back strongly, levelled at 8-all and with Sam making errors and Hassan hitting power winners, took the game 11-9!

Hassan continued to play well for the rest of the match, but Sam started getting his usual control back, and led the next three games throughout to complete a 9-11, 11-7, 11-7, 11-5 win in 50 minutes.

“That was a tough match – the way Hassan got here with three tough matches, he should have been tired!  It feels great to win another BJO title, and especially to receive it from Mohamed.

“Thanks to England Squash for getting the event on and to the club, organisers, refs and everyone involved, it’s great to get back to something approaching a normal tournment after missing the last two years.” 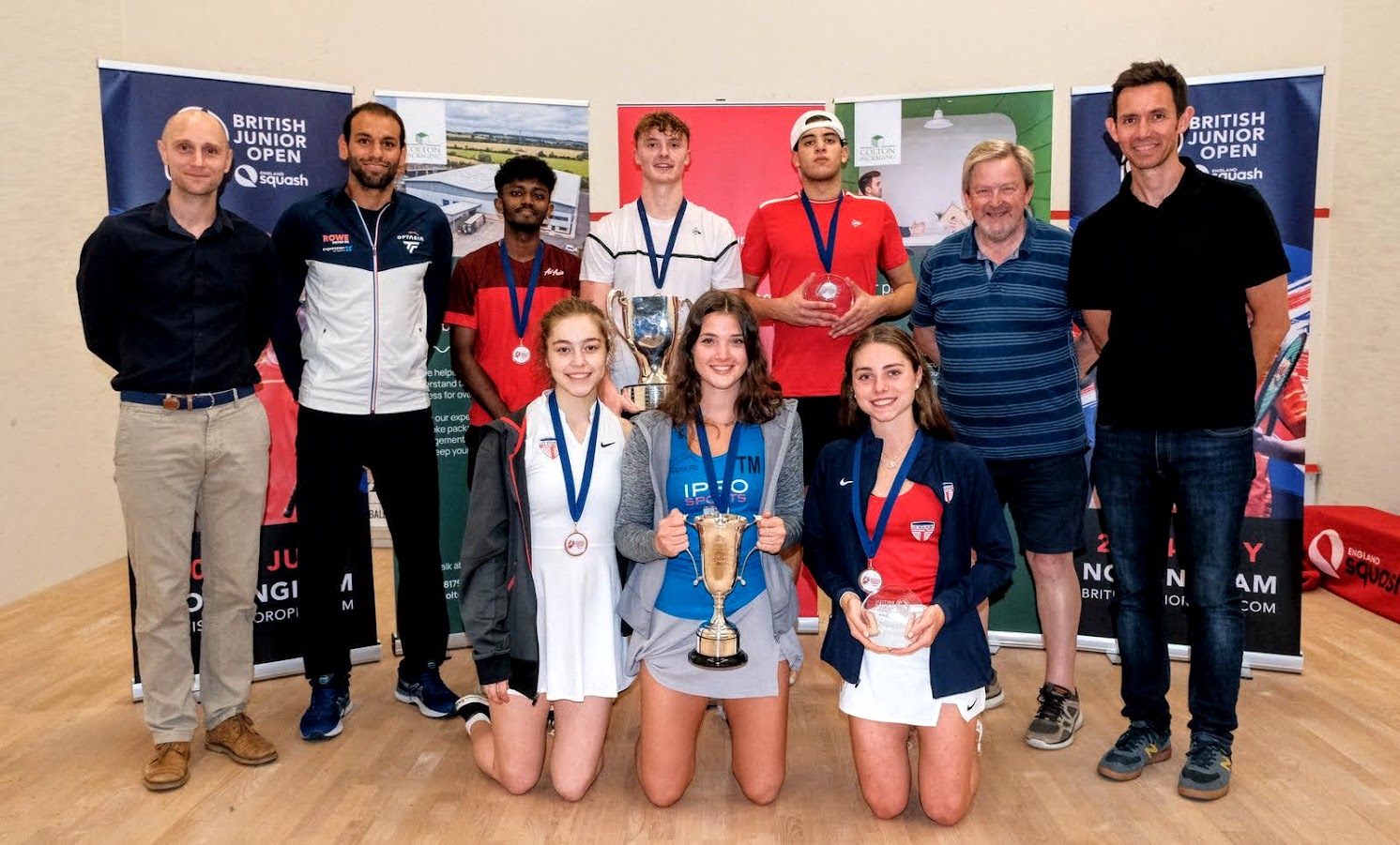