Having missed 2021 completely, and all but the U19 events in 2022, there are less returning champions than usual, but eleven of this year’s players are looking to add to their BJO title tally.

The break means that most of the players have missed out an age group, but several of them still have the chance to notch up additional titles.

Torrie is the most recent champion, having won the Girls’ title in the 2022 U19 event held this October in Nottingham. 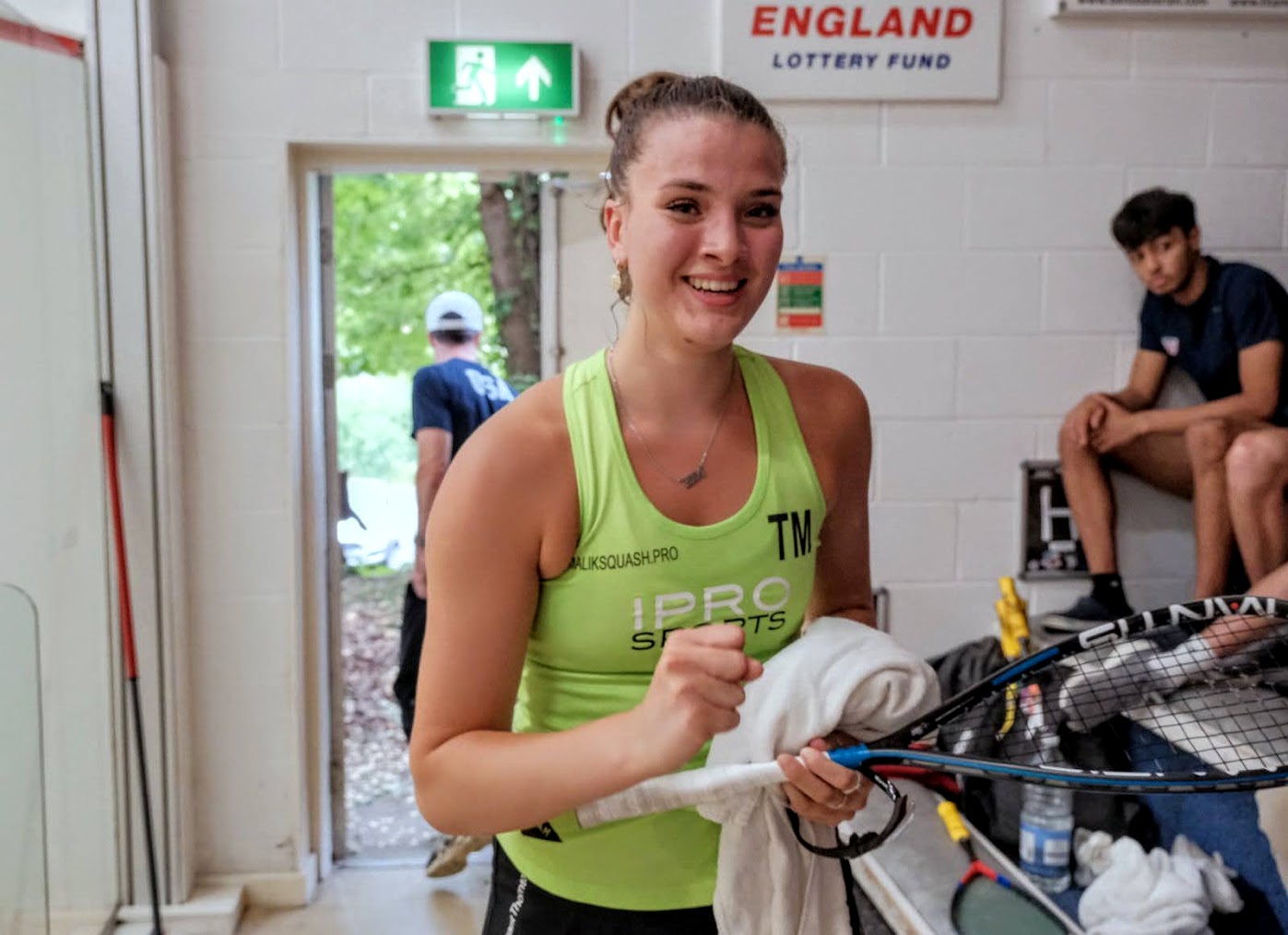 Amina is unbeaten in her three previous BJO appearances, winning the first ever U11 title in 2018 and the U13 title in the next two years.

Aged 15, she is the reigning World Junior Champion – the second youngest after five-time BJO Champion Nour El Sherbini -and winning that title this summer in Nancy had a match ball against world #15 Sabrini Sobhy in the Egyptian Open, and has collected two PSA titles.

Amina is top seed for the G19 event. 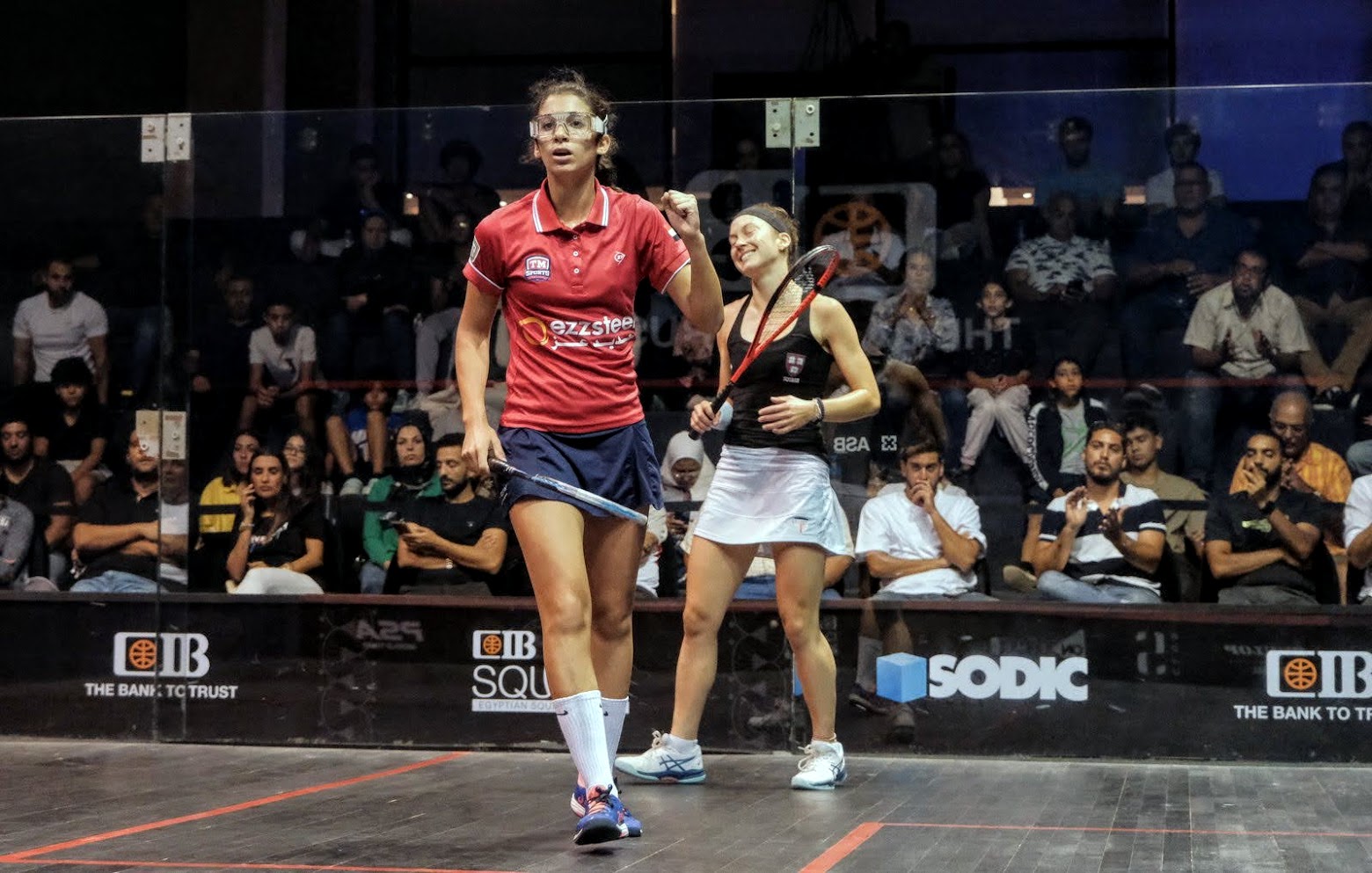 Hamza was an impressive winner of the B15 title in 2020, and was one of the top seeds in this year’s World Junior Championships.

“I feel so happy, thanks to all, my coaches, my parents, thanks to all coaches,” said Hamza when he won the title. “I was happy with how I played the whole tournament, and in the final. My dream is to be world champion.” 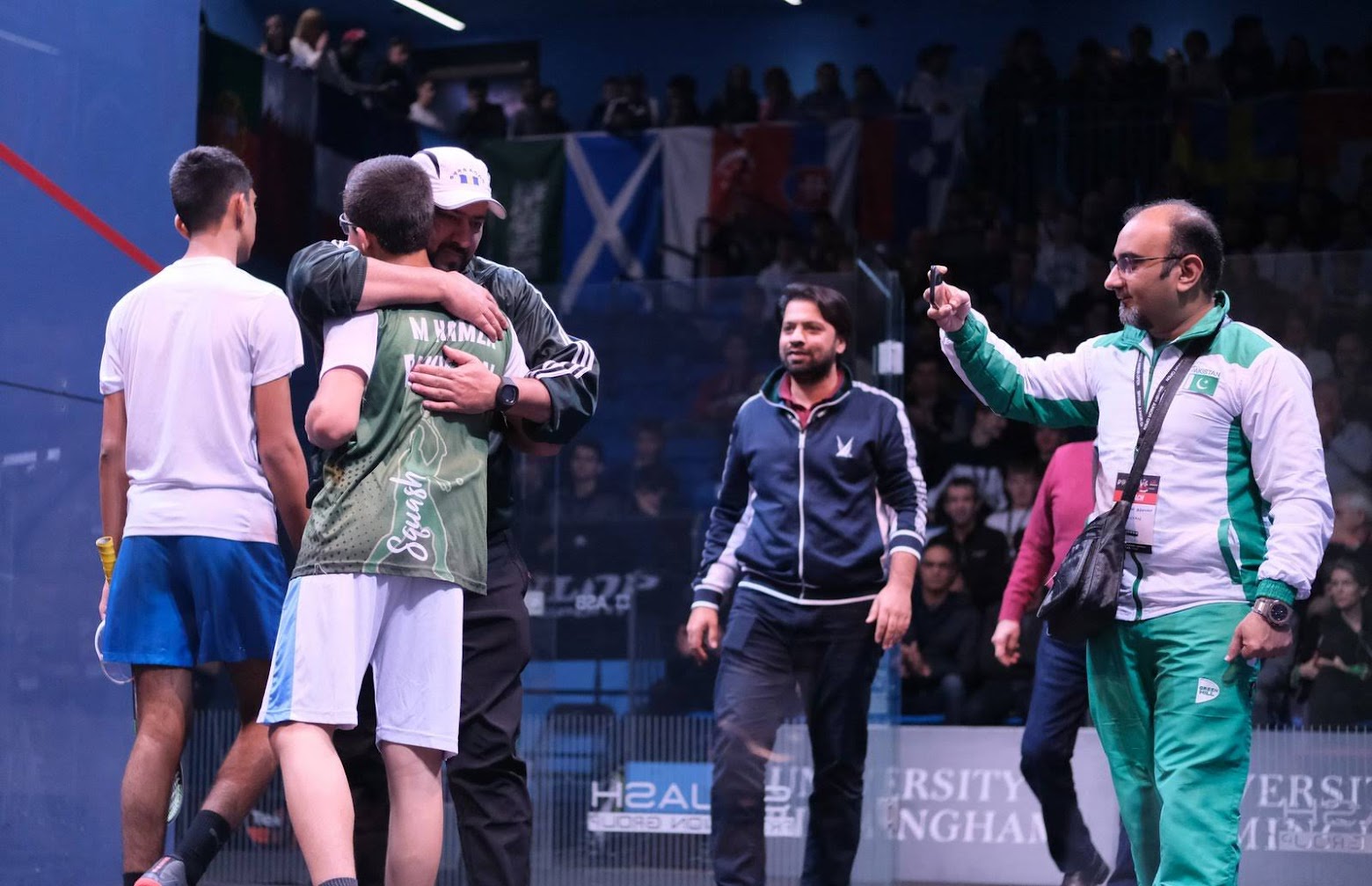 Younger sister of three-time BJO Champion Aifa, Aira won the G15 title in 2018 and was runner-up in the 2019 final.

2018 was a good year for Malaysia, as they took four of the five Girls’ titles!

Fayrouz, now 16, won the 2020 G15 title in an all-Egyptian final having lost in the G13 finals in the two previous years.

In this year’s World Juniors she lost in the semi-finals – 12-10 in the fifth – to Amina Orfi, and the pair are seeded to meet again in this year’s final. 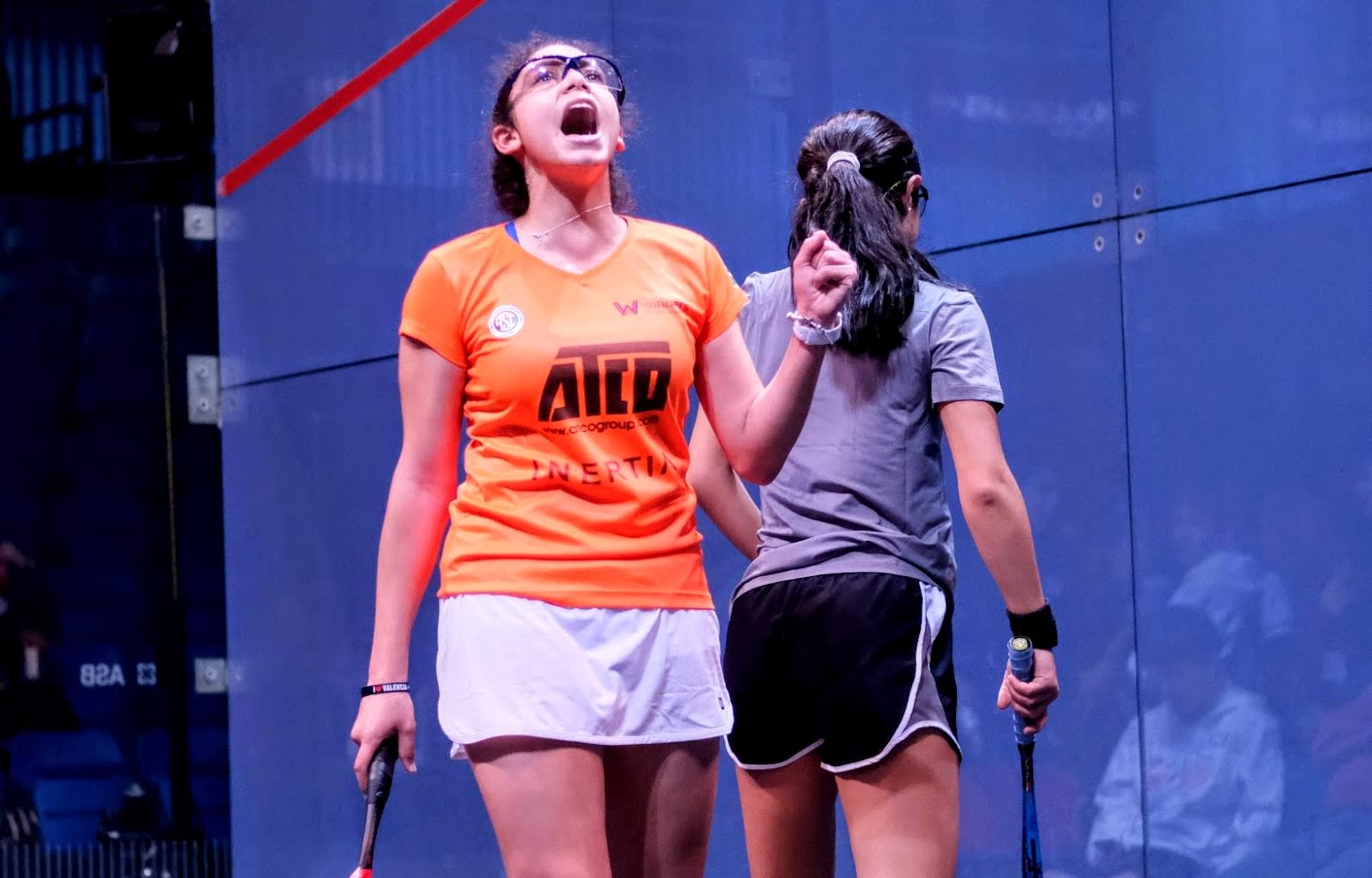 She made headlines with her exploits in the Commonwealth Games this summer – as the same Birmingham venue as the BJO – reached the quarters of the World Juniors and the final of the Indian Nationals.

She’s top seed in the G15, and the seedings predict another final against Whitney! 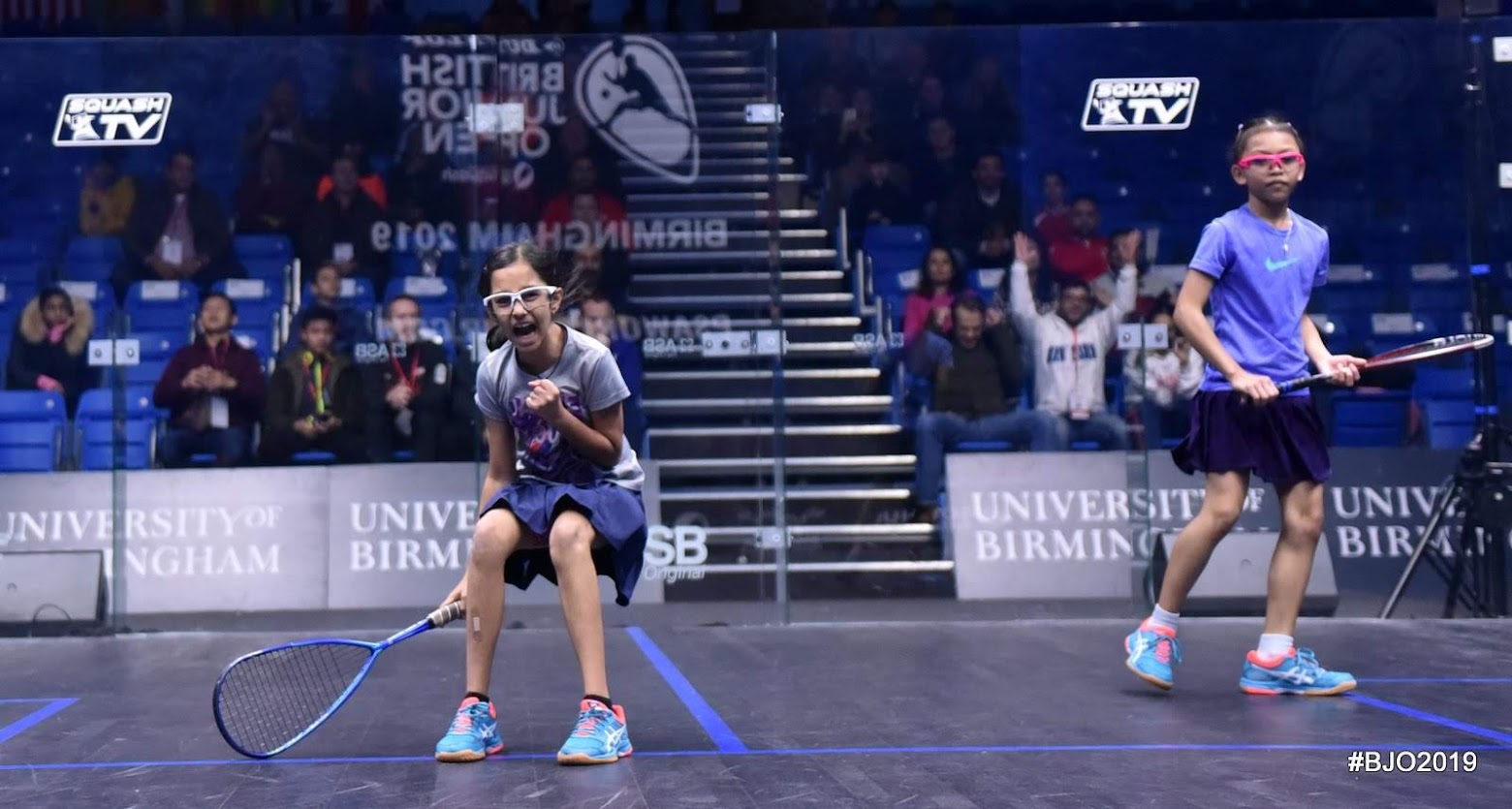 Malaysia’s Ameeshenraj beat Ireland’s Denis Gilevskiy in a thrilling 2019 B15 final, and had a great run to the semi-finals of the 2022 U19 event. 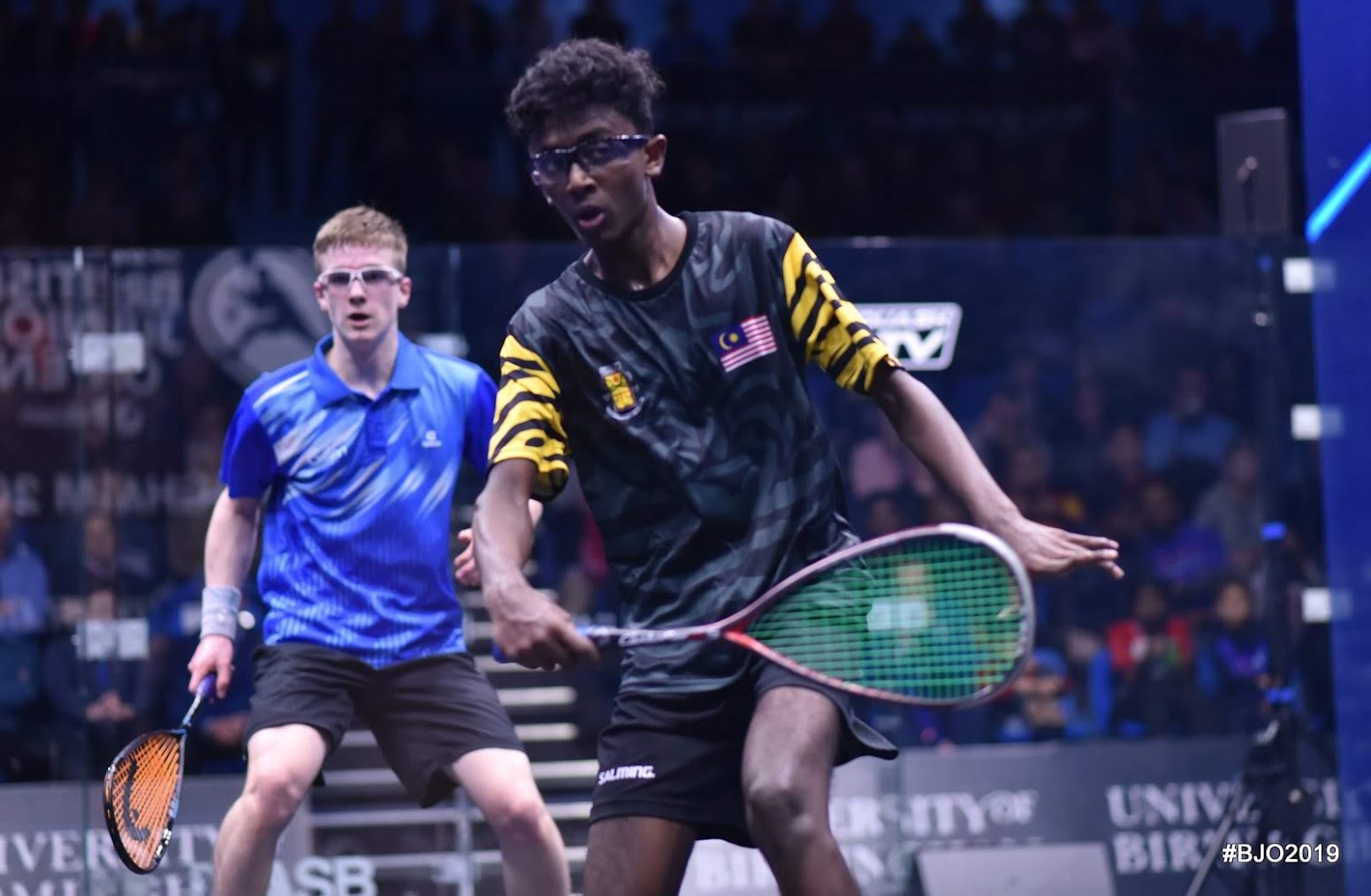 Ahmed, now 15, was the first-ever B11 champion, beating compatriot Mohamed Zakariah in the final, and lost out in the 2020 B15 final to fellow Egyptian Youssef Salem.

This year he’s a 3/4 seed in the B17 – the only event in which Egypt provides the top four seeds! 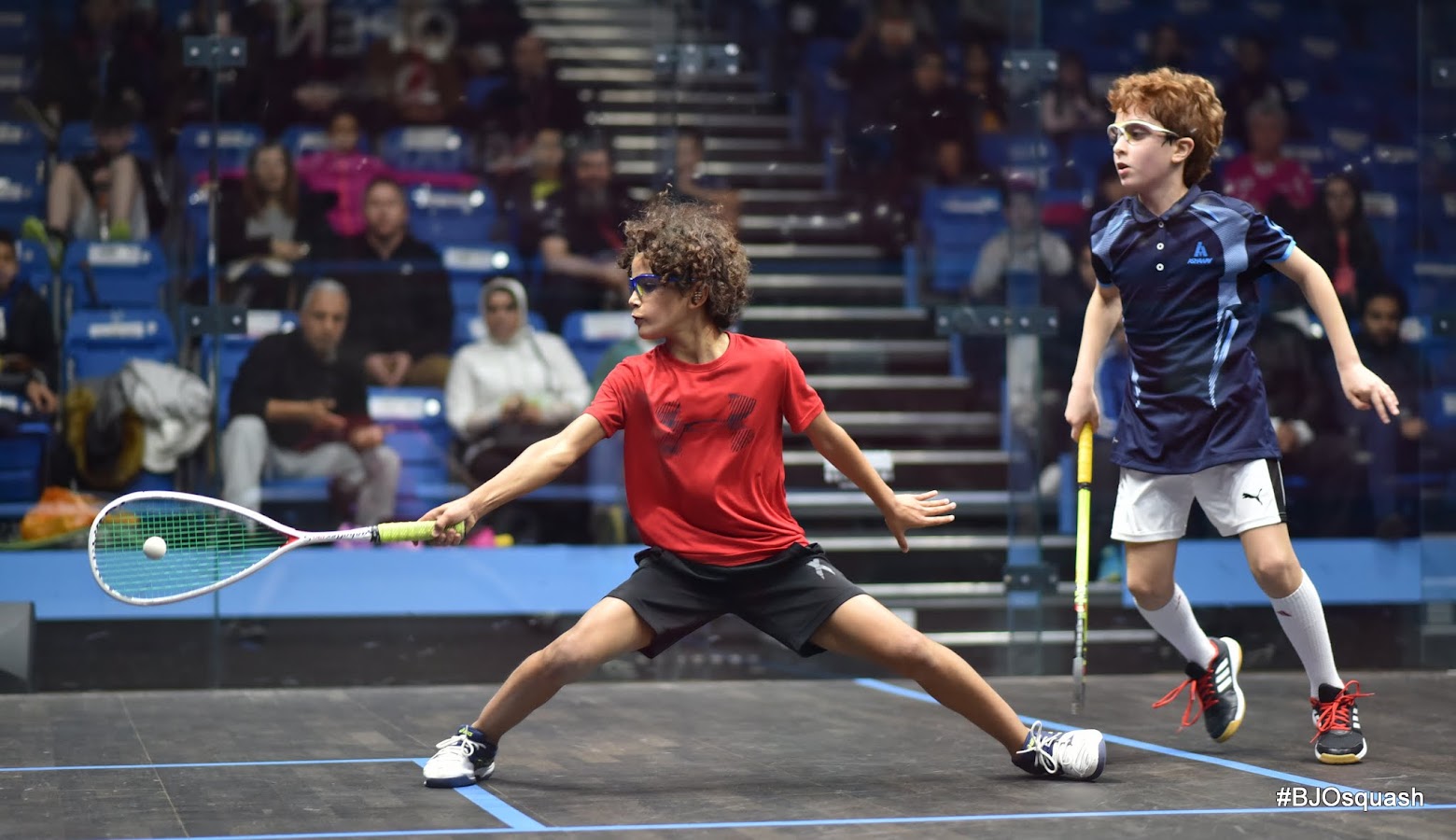 Jonah was one of two home winners – alongside Sam Todd – in the 2028 edition, turning in some great performances to claim the B13 title.

He was part of the England team that claimed the World Junior Team title this Summer, and is a 9/16 seed in the B19 draw. 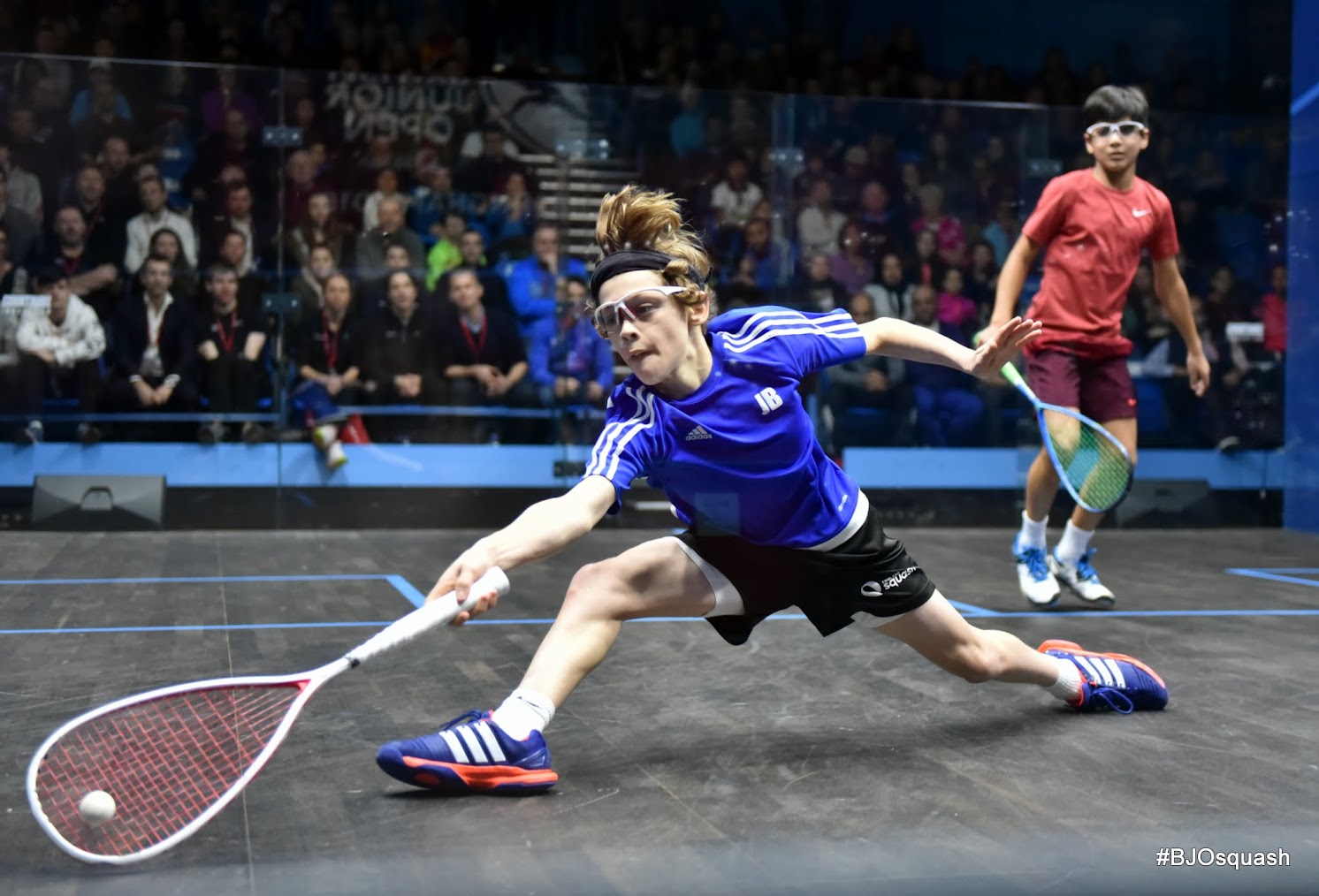 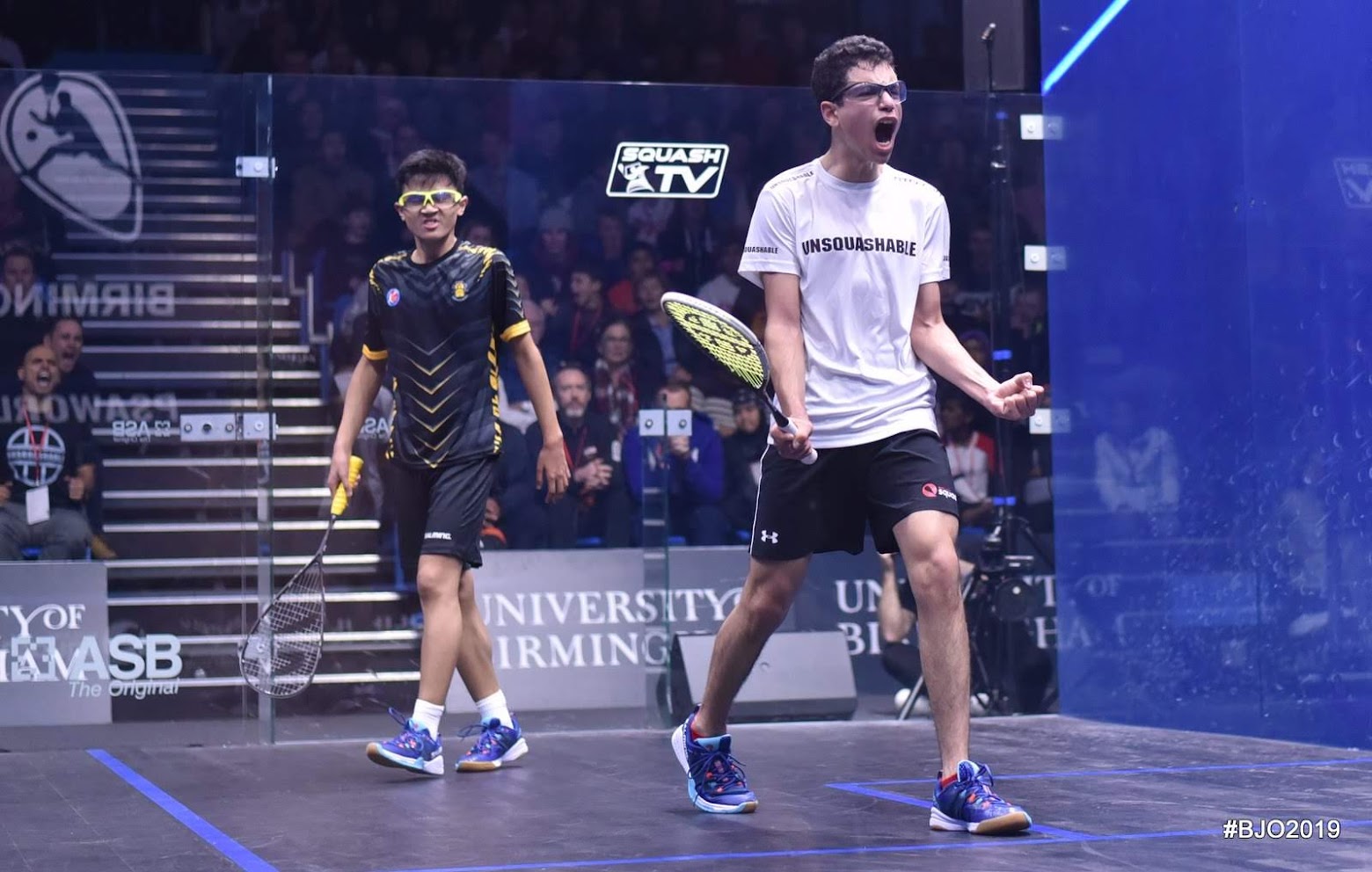 Enthralling the crowd with his reactions and celebrations, Nickhileswar won the B11 title in a thrilling 2019 final. 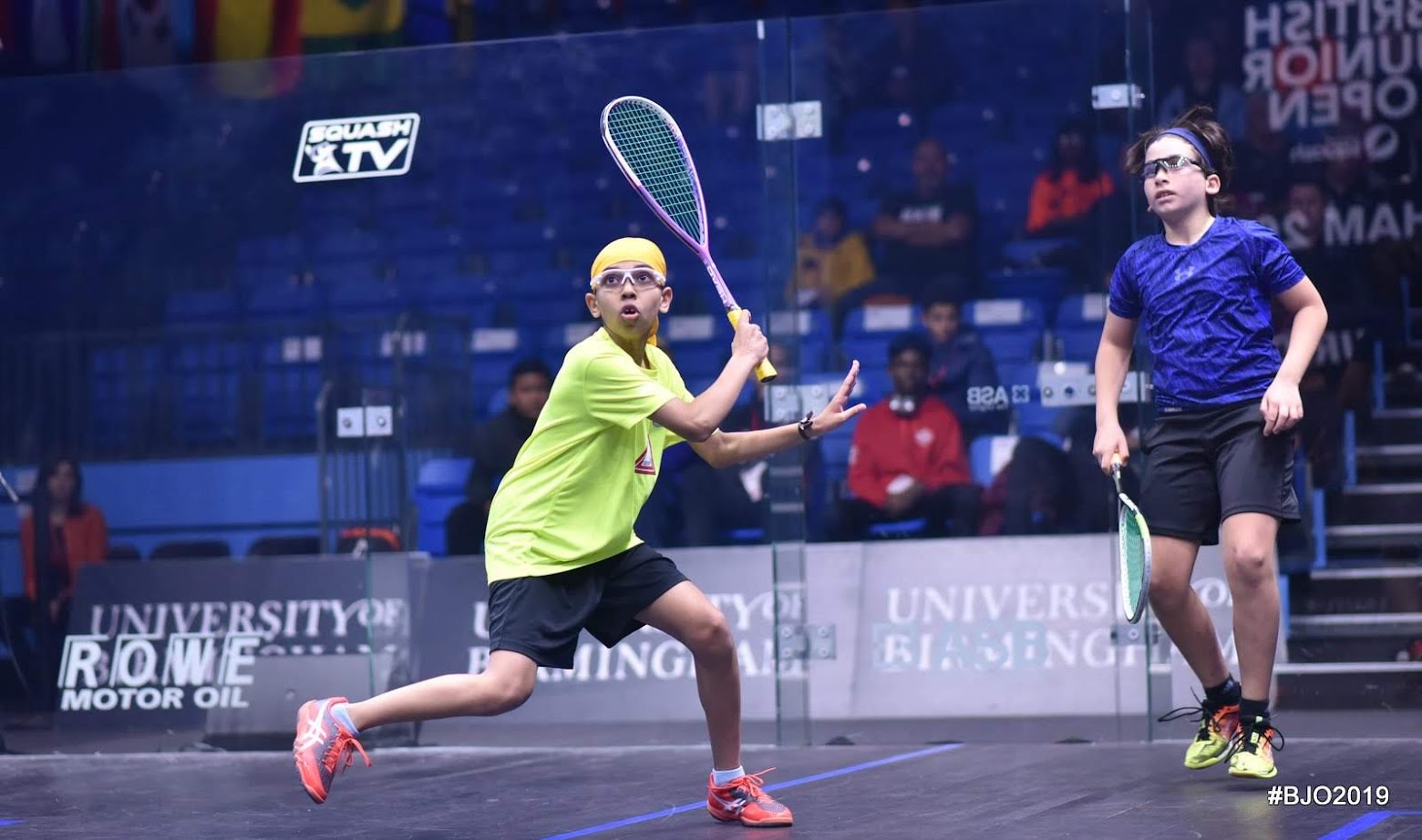